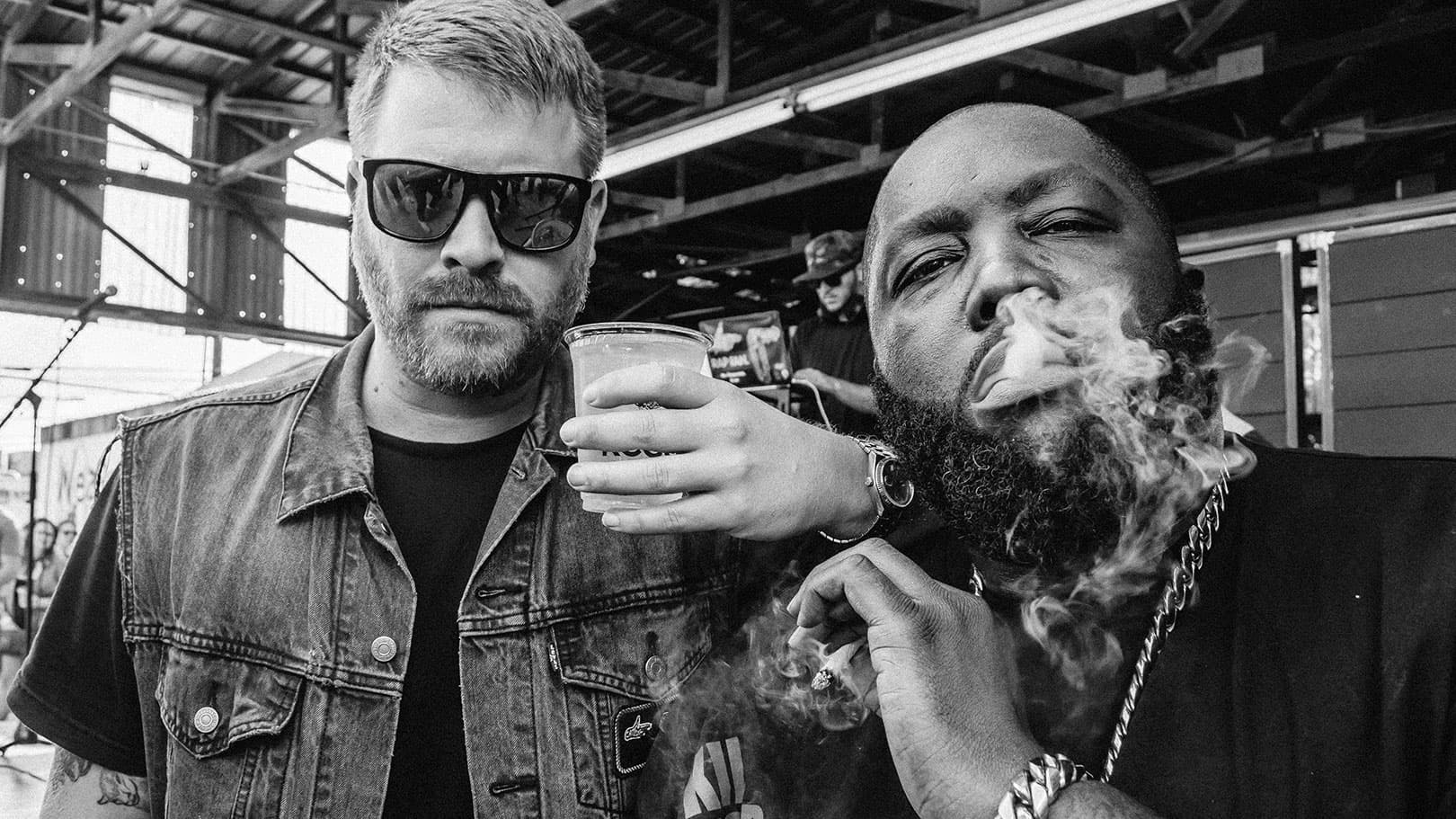 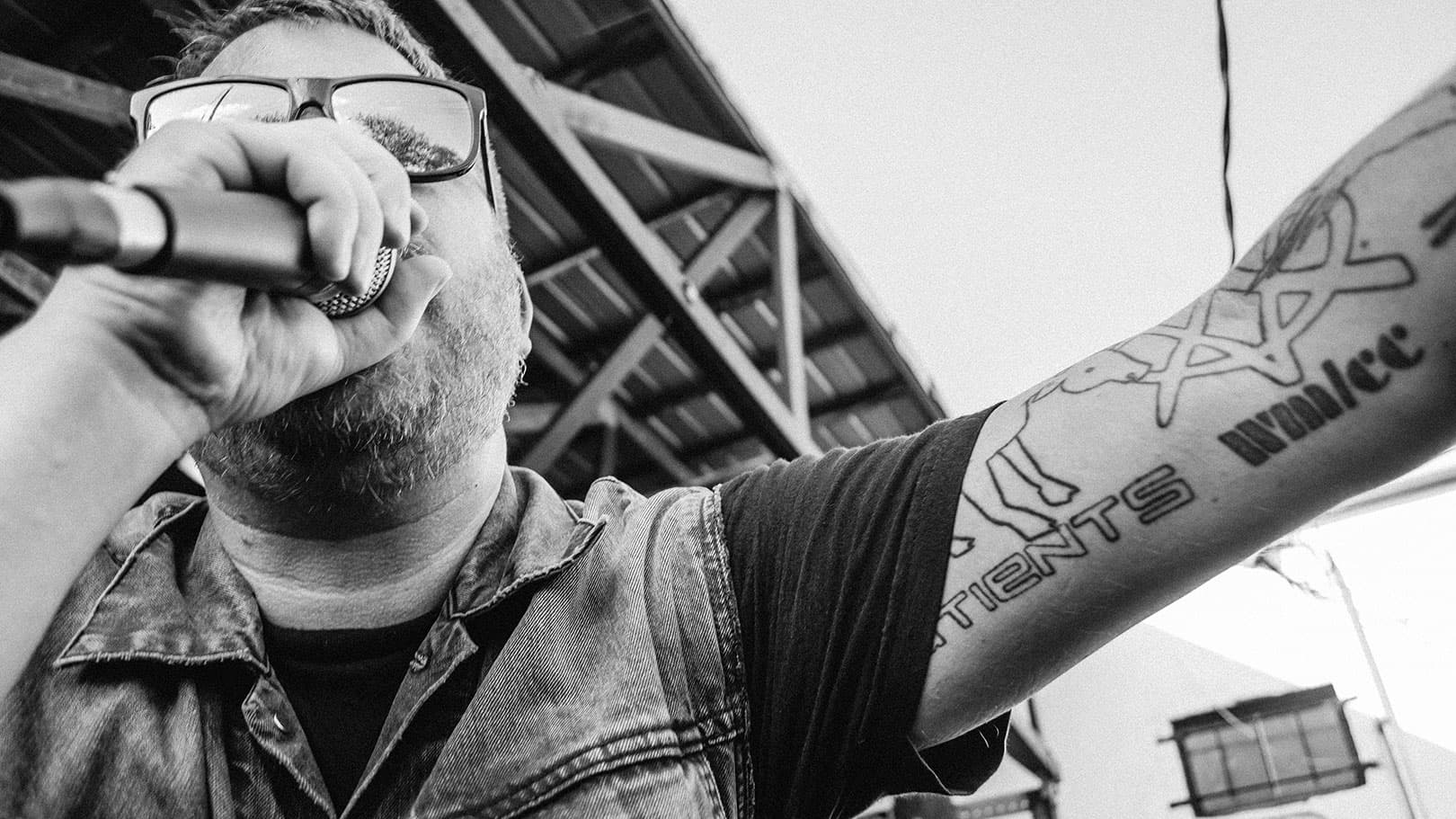 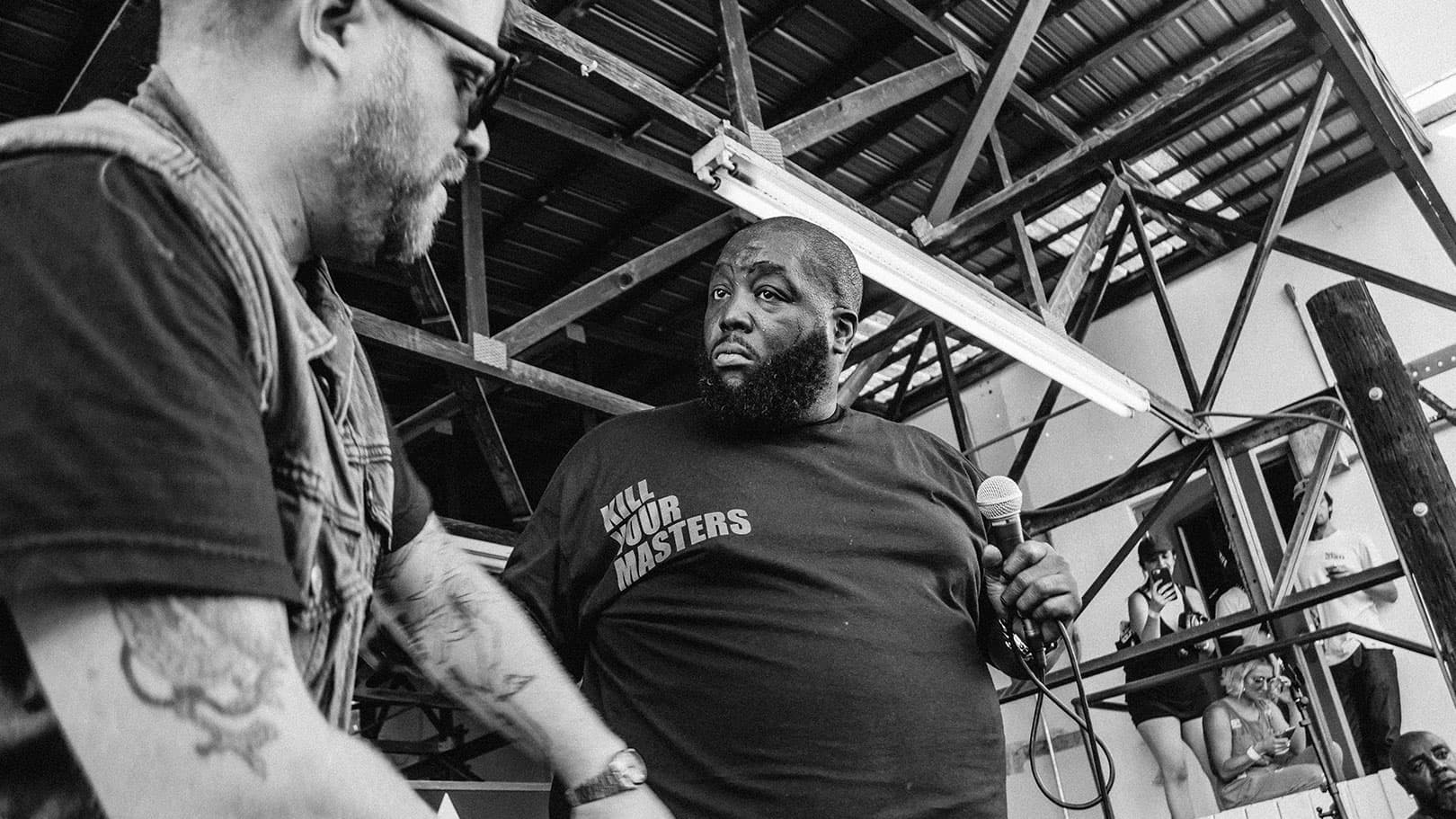 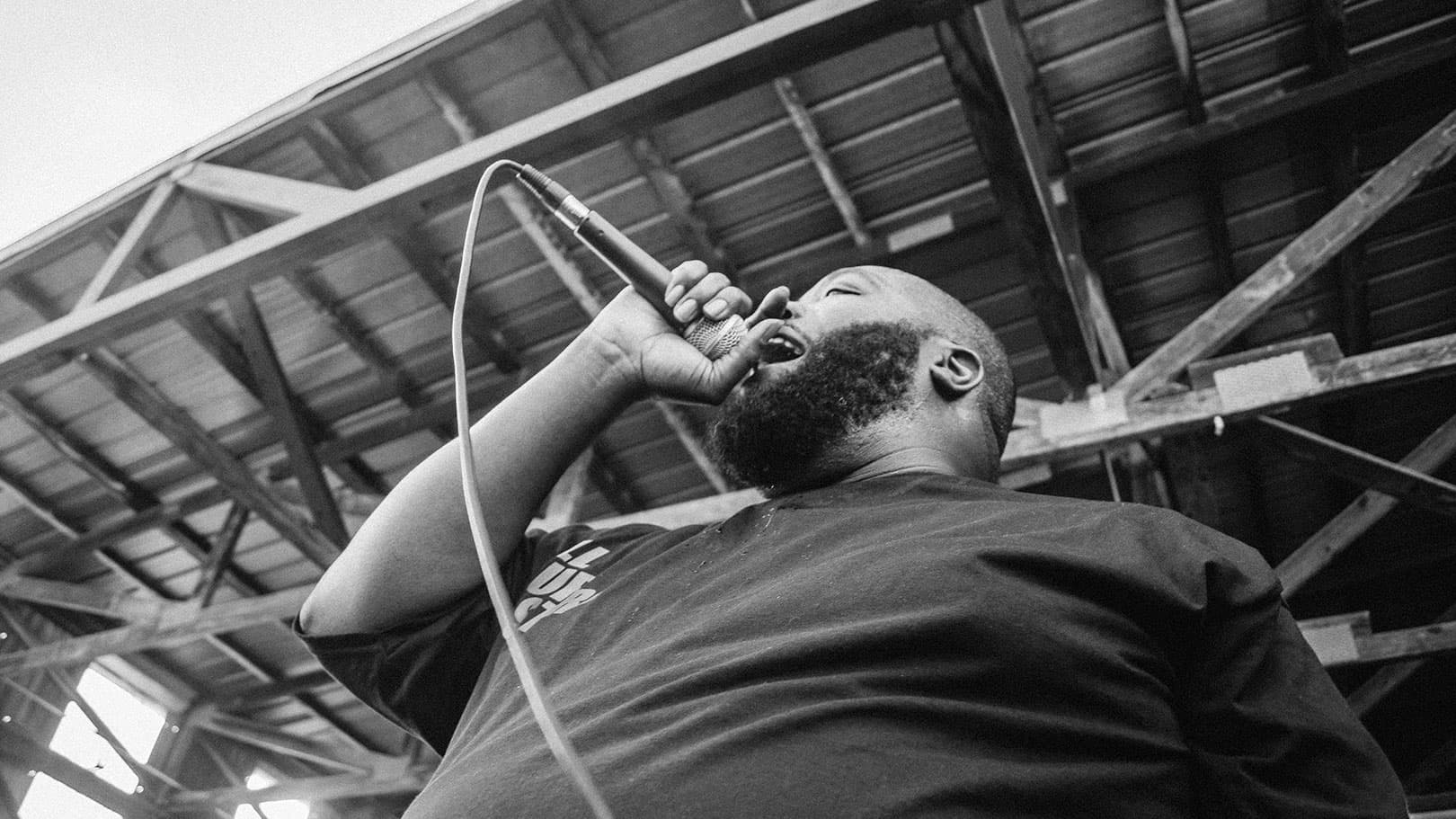 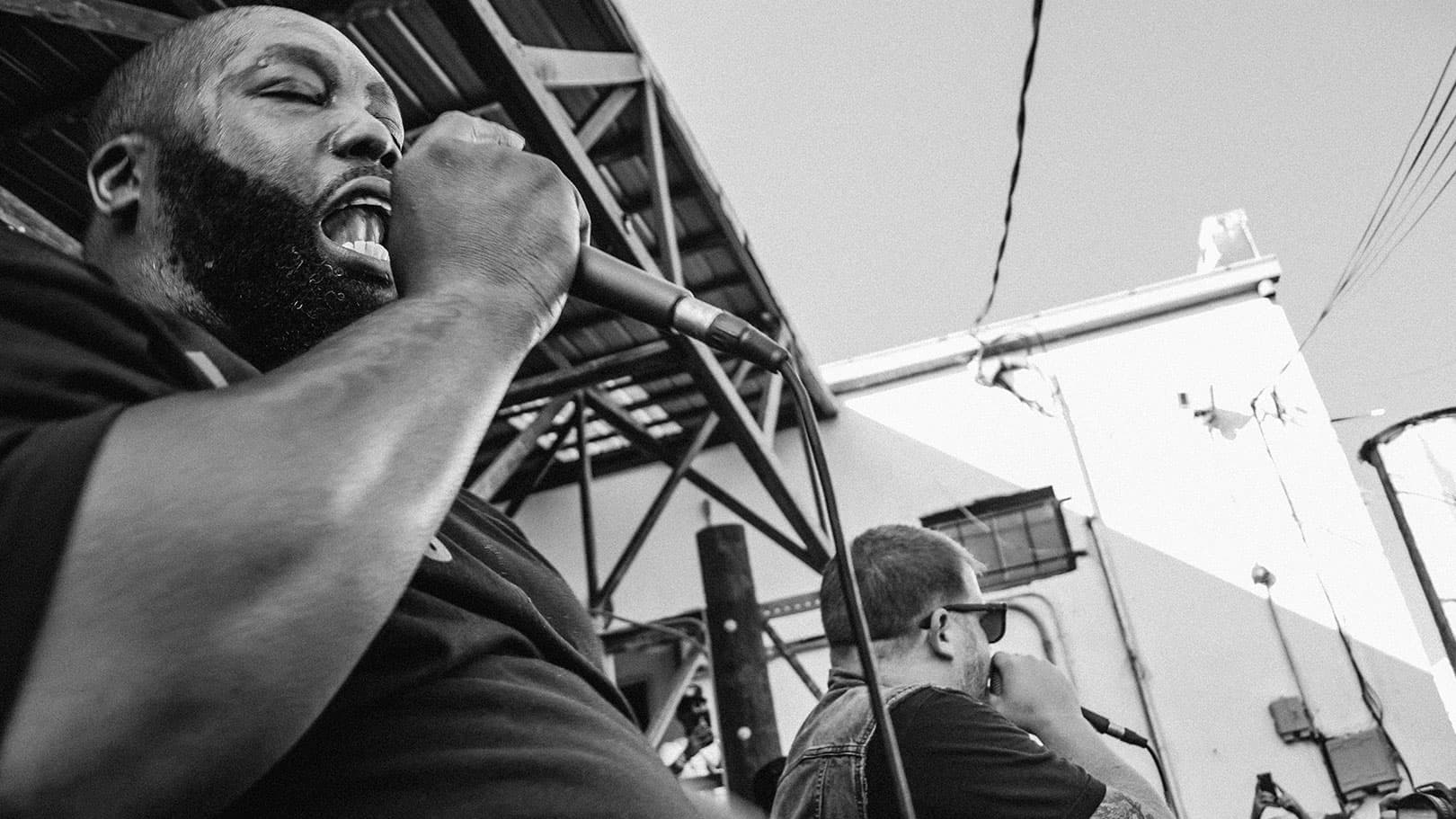 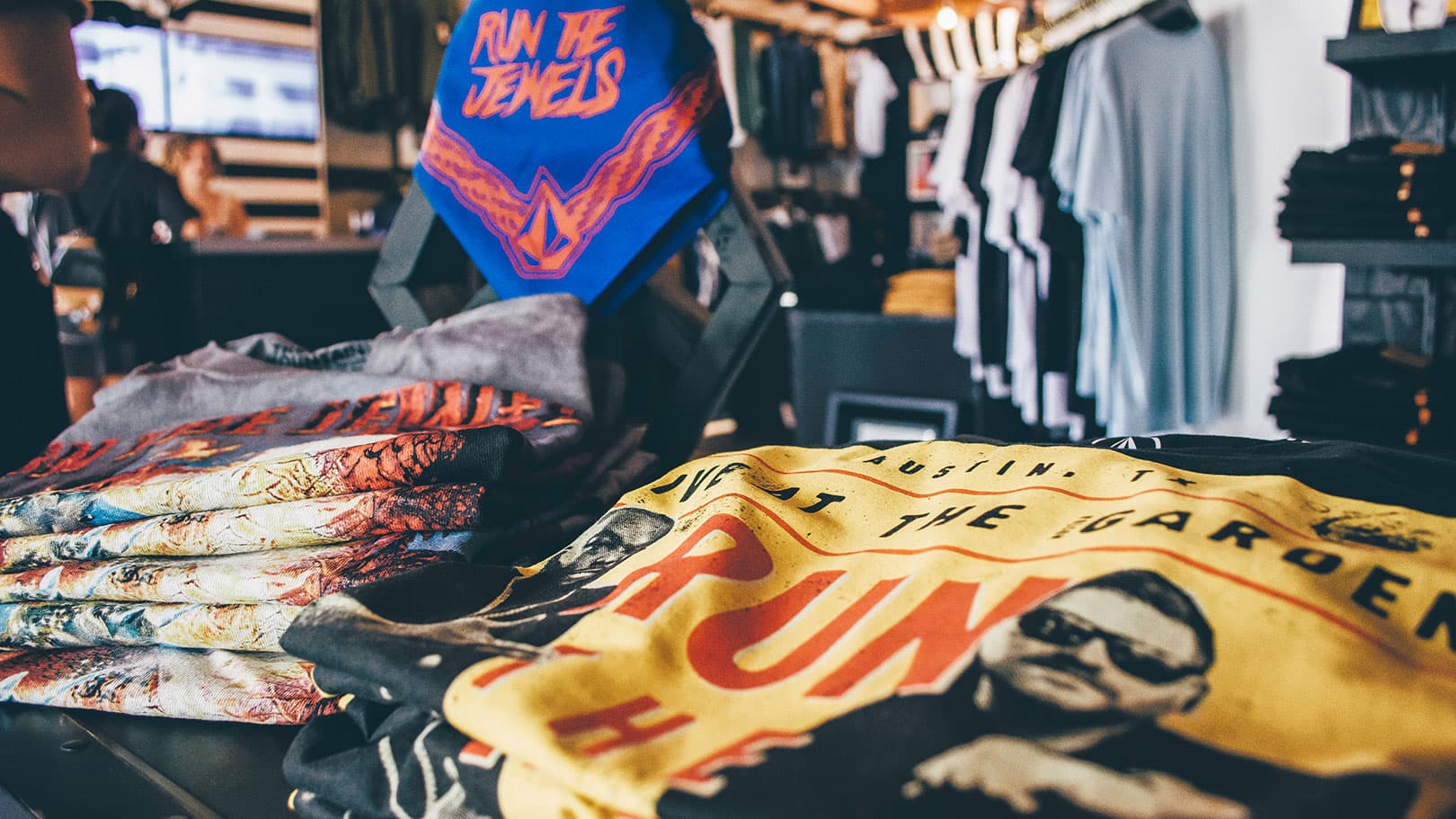 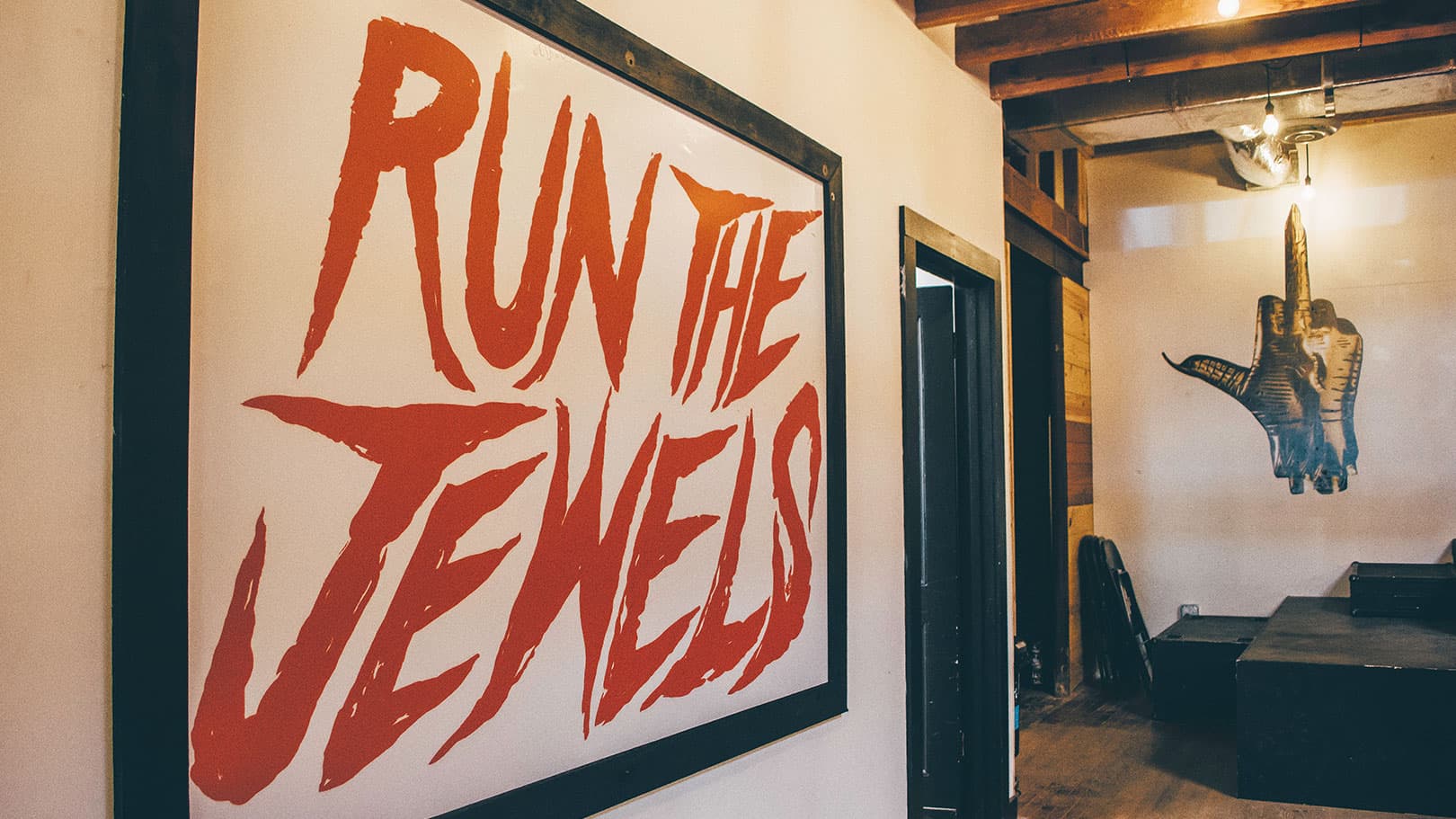 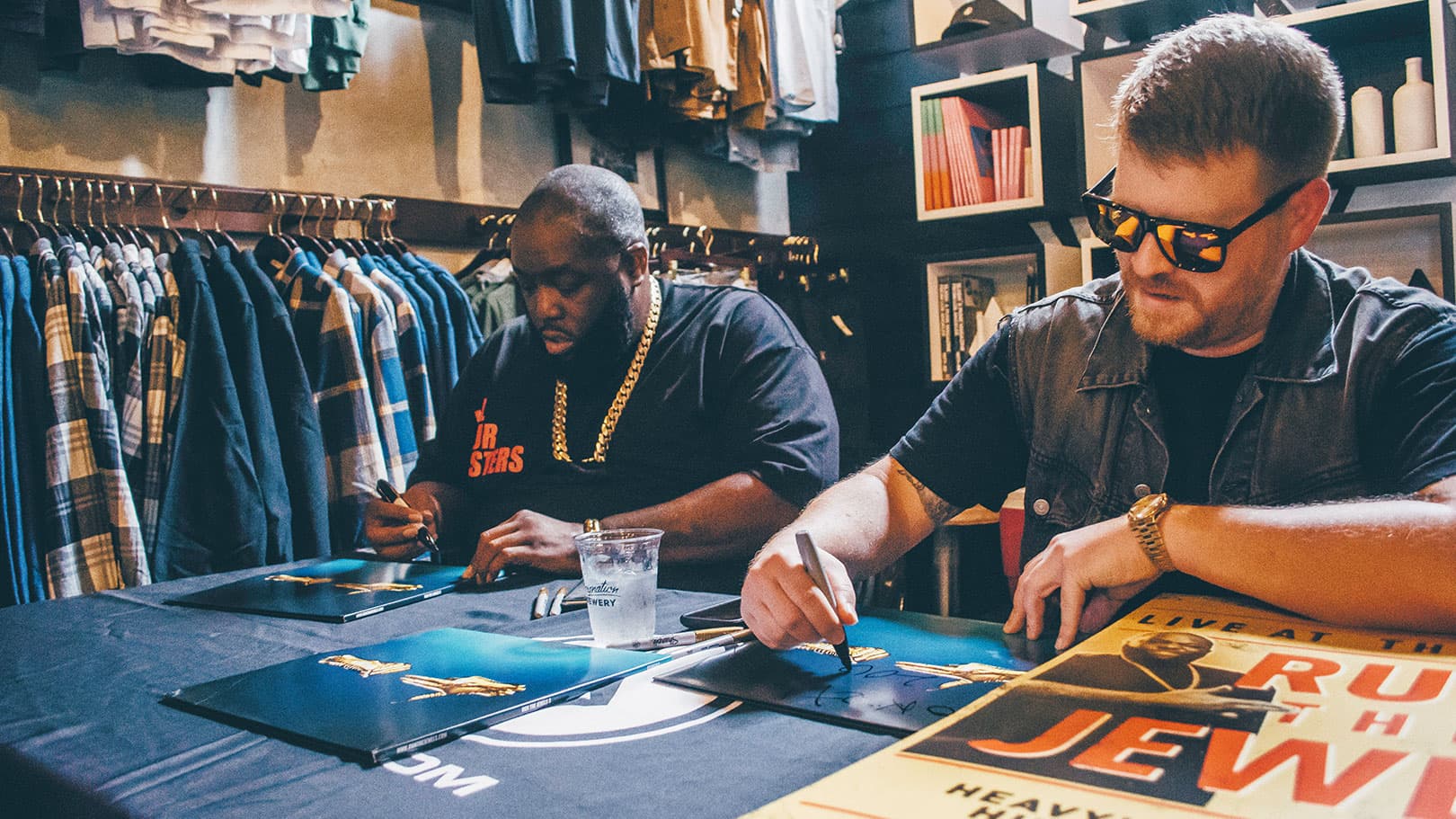 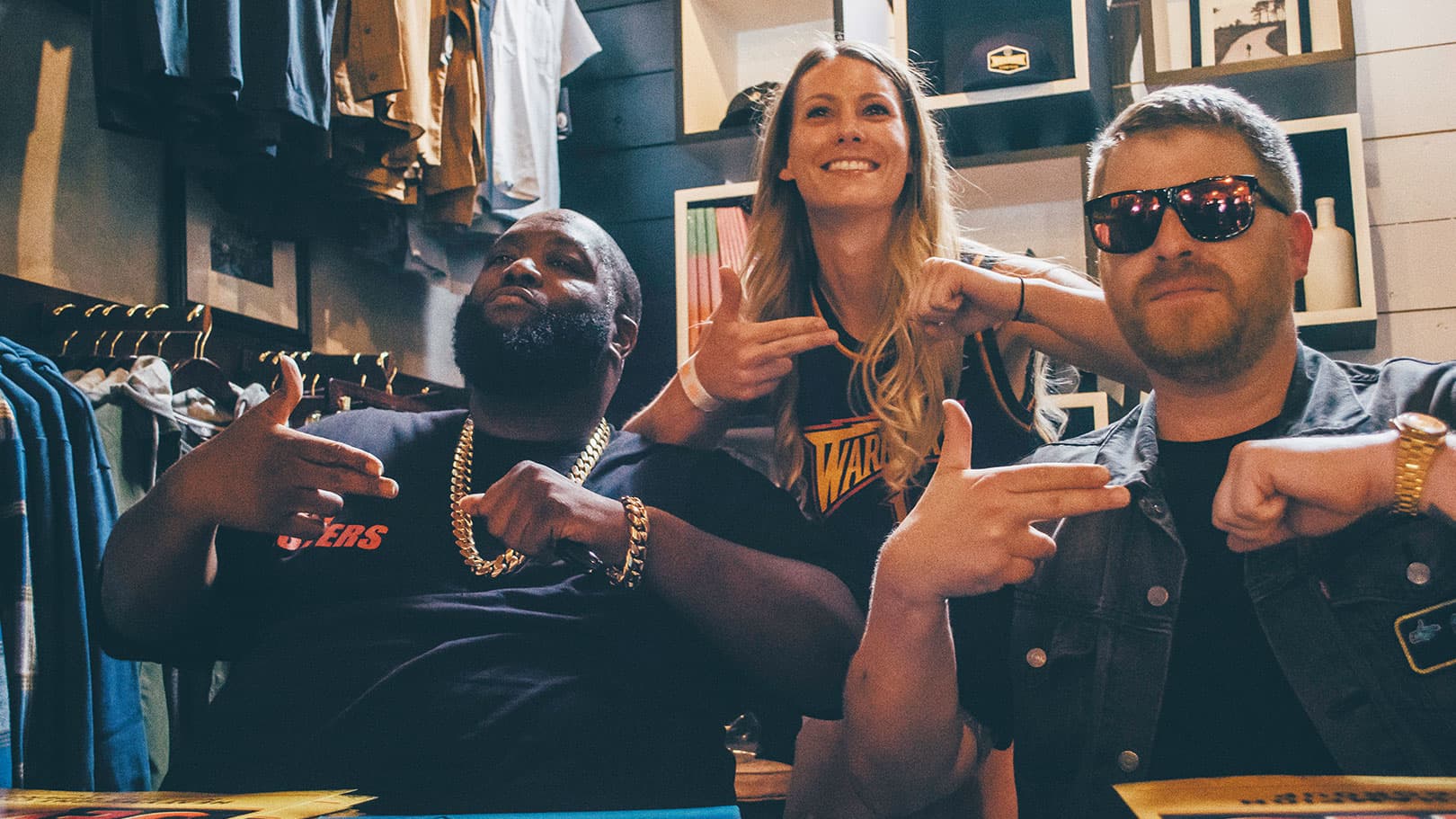 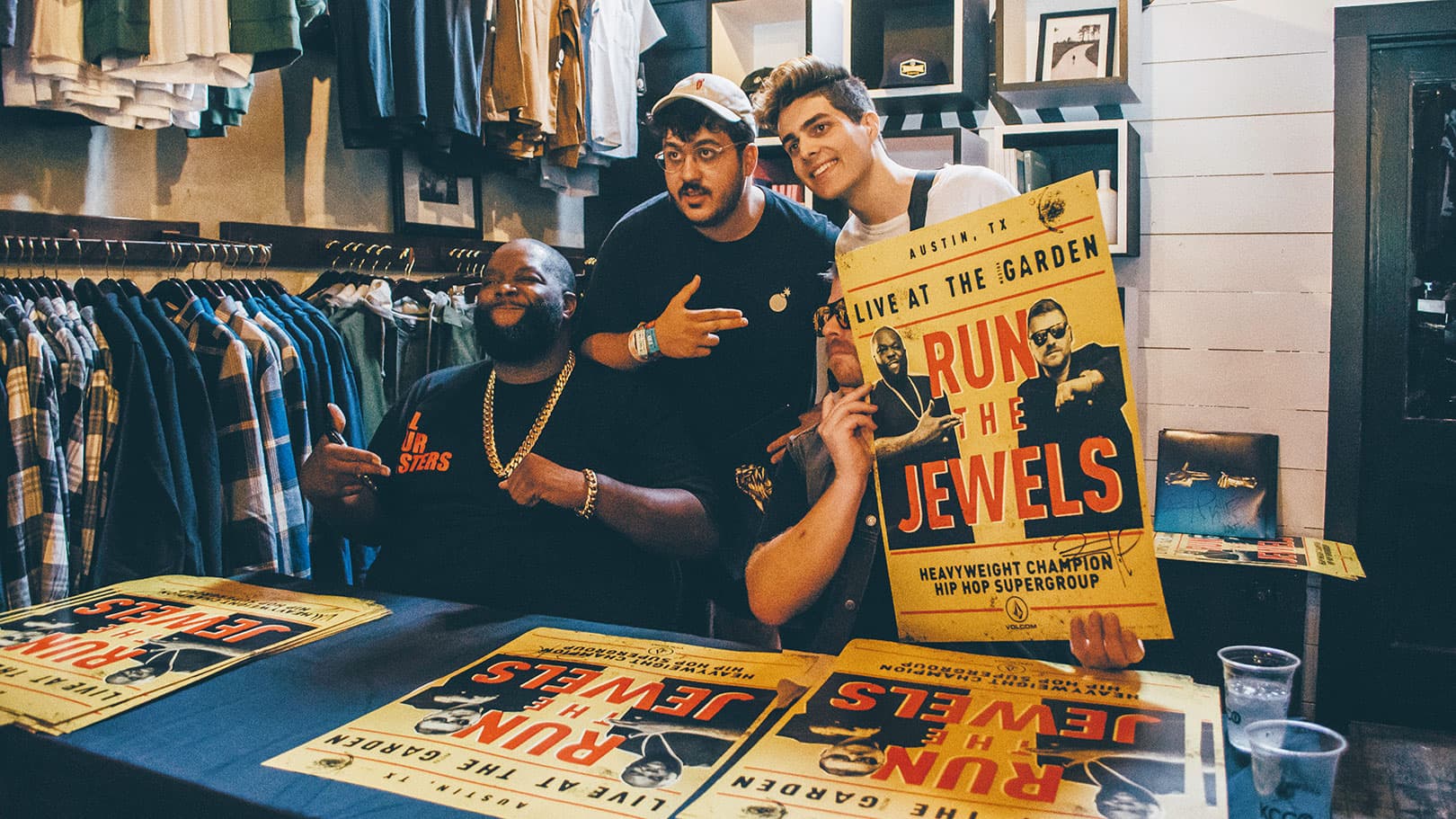 EARLIER THIS MONTH, RUN THE JEWELS DROPPED A SURPRISE PERFORMANCE IN AUSTIN, TX THAT NO ONE SAW COMING.

While many were lining up to attend ACL Music Festival, a group of die-hard Run The Jewels fans were lining up at the Volcom Garden in East Austin. Those that came were treated to the ultimate Run The Jewels pop-up event commemorating the public release of the official RTJ black denim jacket and other limited edition merchandise, as well as the launch of ARTJ 2.0 app. 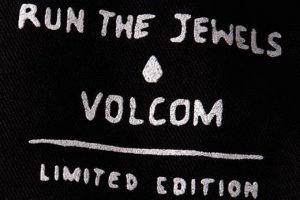 Run The Jewels already had a signature sound. Together with Volcom, we have developed a signature look based on all black denim. This jacket is the same style Run The Jewels rocks on stage, TV and magazine covers. The inside of this garment is adorned with the pistol and fist in gold foil, so the real jewel runners know. This design is available in limited quantities.

Guests enjoyed the pop-up barbershop, sneaker shine, and DJ set by Trackstar, while they patiently waited for the group to show up. Killer Mike and El-P arrived to a long line of high fives, and a spontaneous chant of “R – T – J” broke out as the duo admired the denim jackets hanging in the gallery which was decked out with a massive painting of the two by Mike “Truth” Johnston in an environment from SpraTX.

Feeding off the vibes, Run The Jewels treated everyone in attendance to an impromptu performance that gave new meaning to the chorus “Run The Jewels Live at the Garden,” which the event was called. After signing hundreds of posters, records, and other memorabilia, Run The Jewels split to perform a knockout set for ACL TV, while Cuz Lightyear keep the stage hot to the satisfied attendees.