Volcom has been supporting Asian skateboarders for quite some time now. Some of them have recently made a name in the skateboarding community through bigger media contests. Sanggoe, for example, took home silver at the 2018 Asian Games, as well as Ju-Won who made a huge comeback in the same contest, which earned him the bronze medal. Taihou is another rising star, qualifying for major international contests, as well as receiving street creds for his best trick showdown at the 2018 Tampa Am.

It was only a matter of time before Volcom rallied Asia’s rising talents to hit the streets of Tokyo, Japan.

The diverse skate crew consisted of:

The diverse skate crew consisted of:

We had just a couple of days to hit as many spots as possible in Tokyo.

The Japan crew laid out a full itinerary starting with Maihama skatepark and some classic bay area spots around the city.

Day two was spent cruising along the Sumida River hitting all the spots we could find. With time against us, a proper lunch at a restaurant was out of the question. Luckily, there are plenty of convenience stores where we often made pit stops to stock up on onigiri and other snacks. Vending machines are also found everywhere on sidewalks and street corners, some providing hot coffee in a can! Only in Japan… 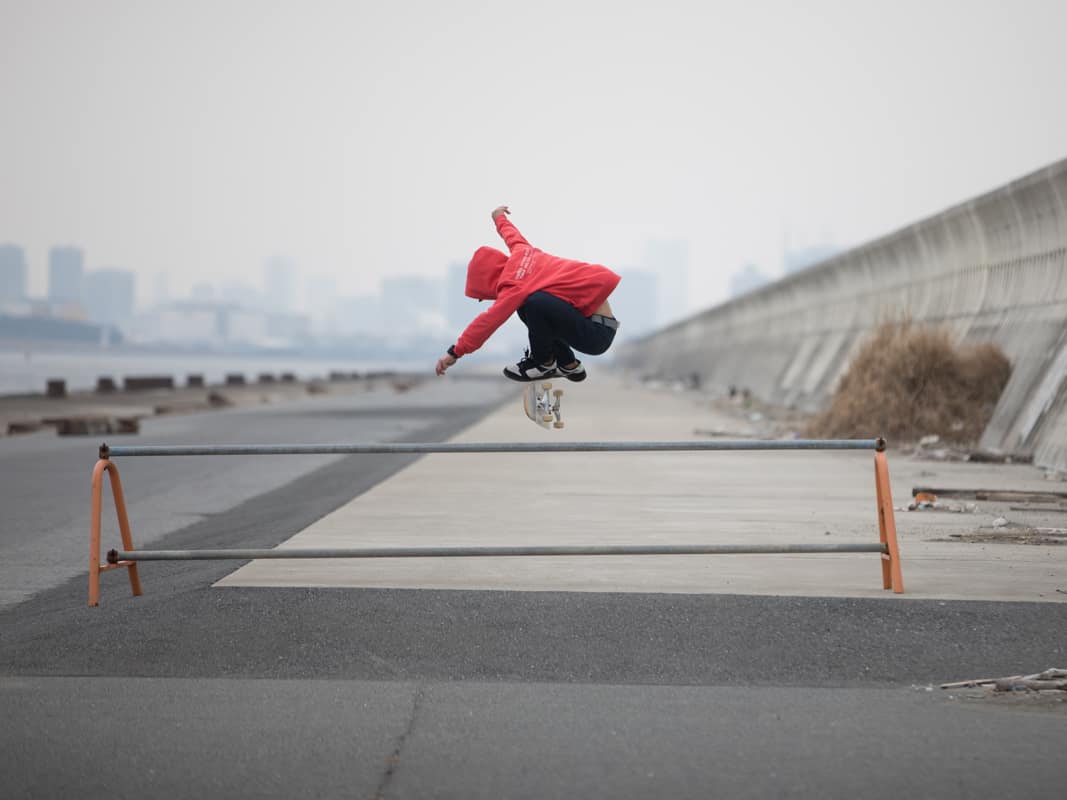 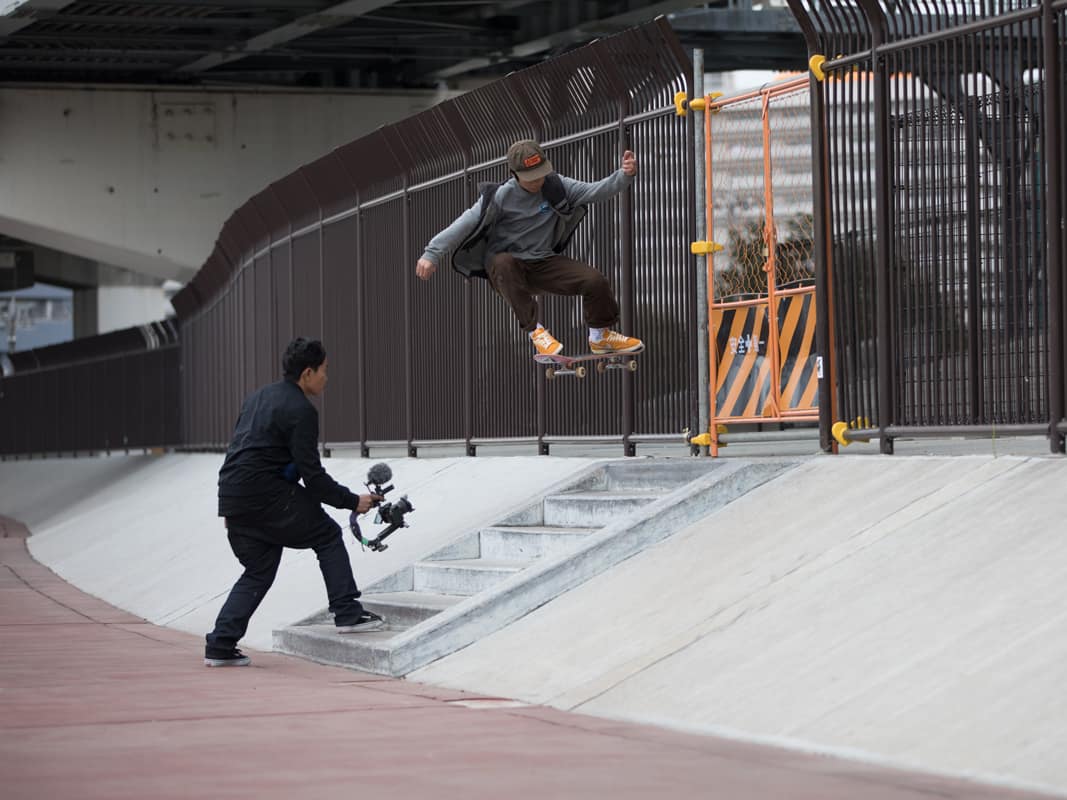 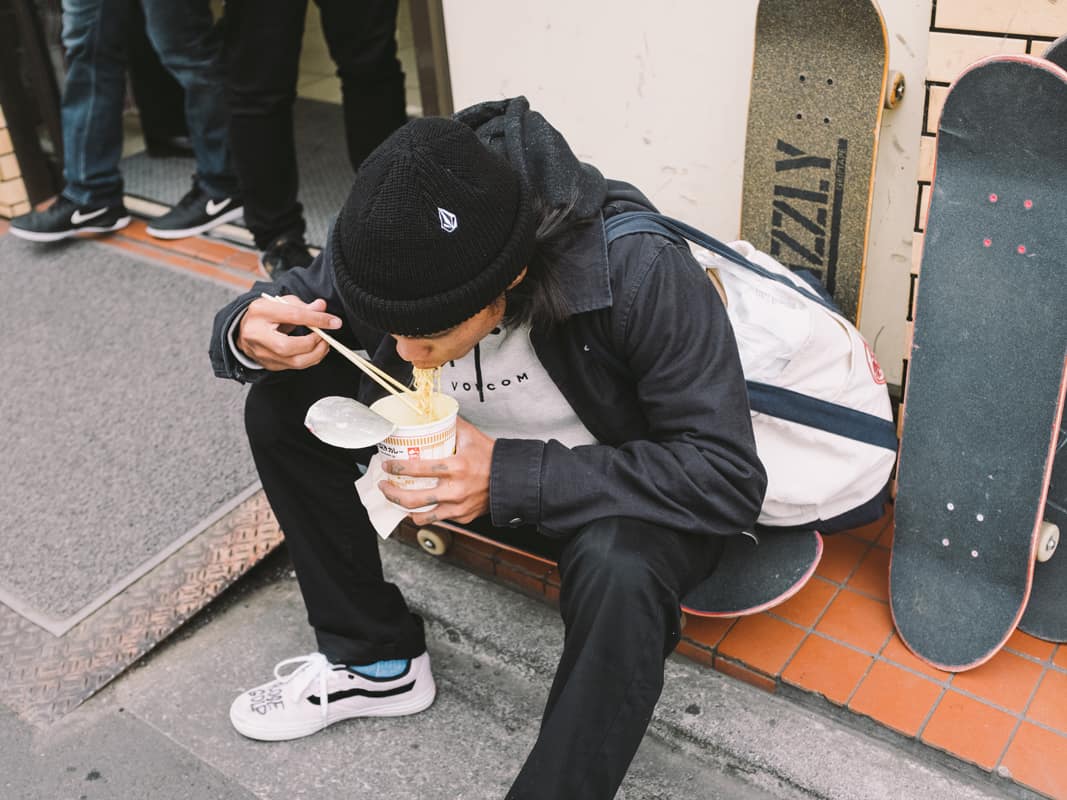 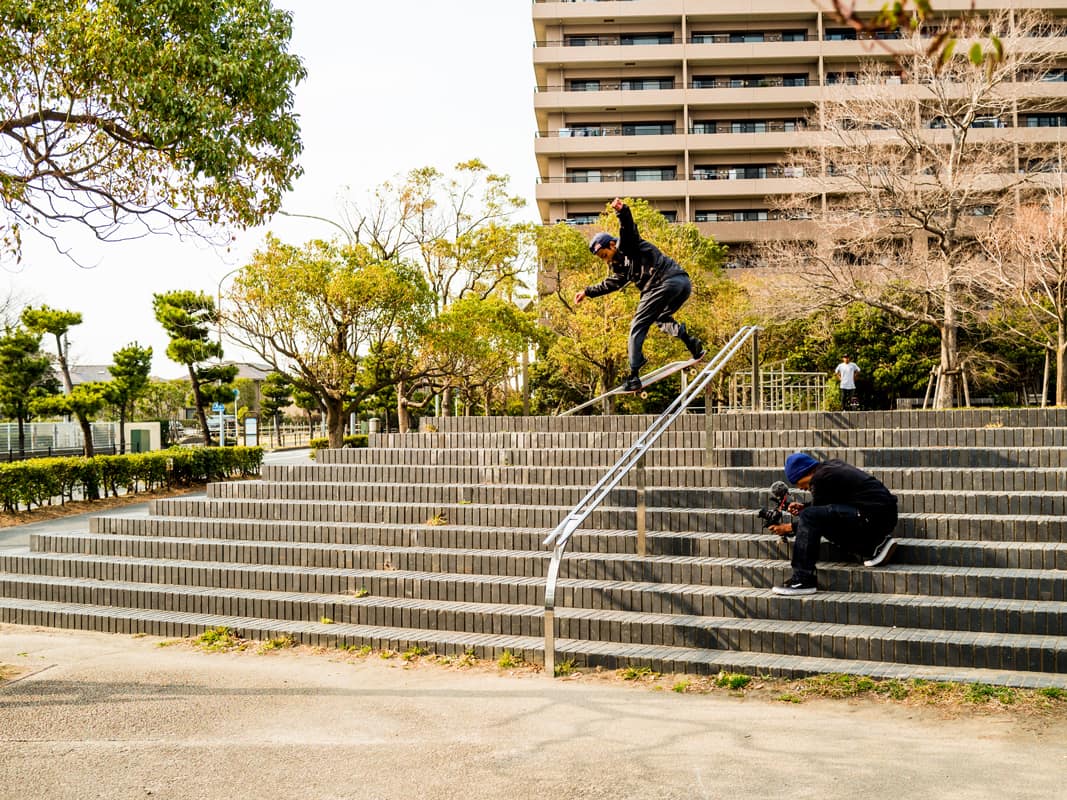 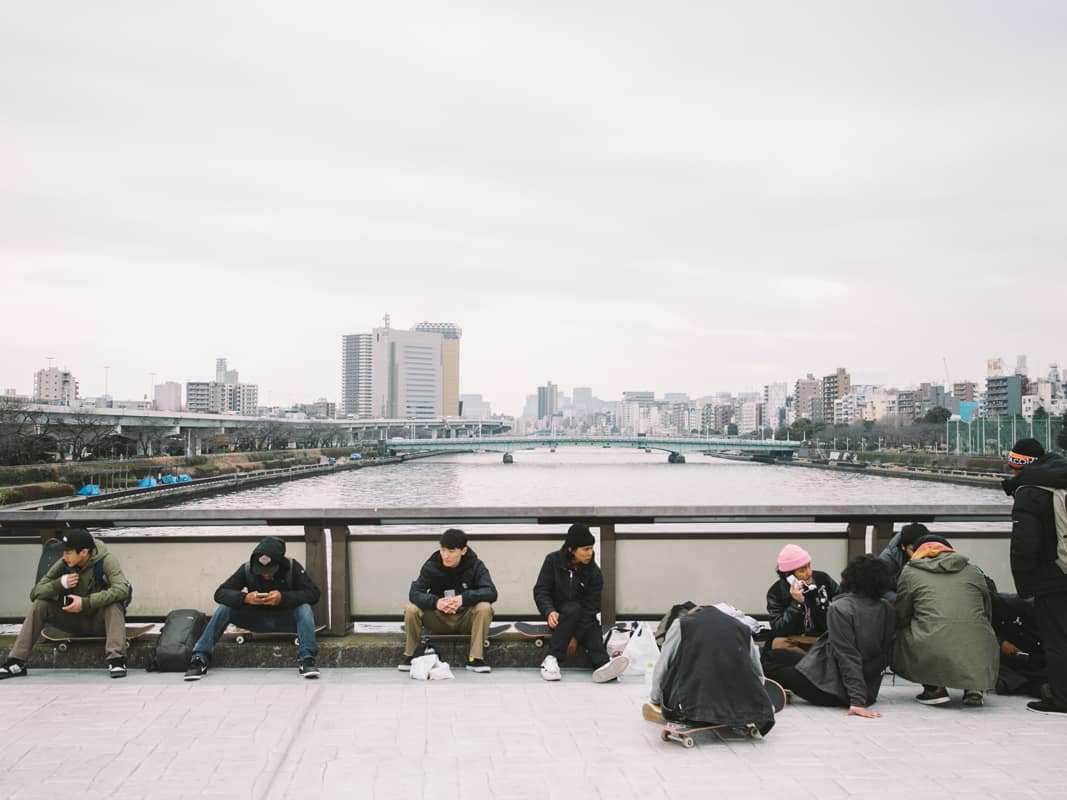 A downside of cruising around the city with a crew of 15 carrying skateboards and cameras is the attention we drew from the authorities. The more we moved towards the center of the city, the quicker it was for security or the police to show up and oust us from the spot. The time window to land a trick was a matter of minutes, sometimes seconds. But with pure diligence and the support of teammates we managed to gather some solid clips throughout the day.

On day 3 it started pouring.

We piled up the team riders in a bus and headed north to the mountains of Gunma, arriving at a traditional village and Kawaba Resort. Most of our riders had never snowboarded before, let alone seen snow, so everyone was hyped for the experience.

Conditions were great and the views were stunning. A few hours of practice and the boys were ready to hit the upper slopes! The team at Kawaba Resort were super helpful in giving us all the true mountain